In Alberta there are various pieces of legislation that govern issues relating to the construction industry. As most in the industry are aware, the Builders’ Lien Act (the “BLA”), has played a central role in the rules, rights and obligations for participants in the construction industry. Among other things, the BLA prescribes various rules, procedures, and deadlines for registering a builders’ lien in Alberta.

Beginning on August 29, 2022, the Prompt Payment and Construction Lien Act (the “PPCLA”) and its related Regulation will come into force. The PPCLA and its related regulations will usher in a marked and substantial set of changes to several aspects of the construction industry. However, the core vehicle of a builders’ lien will generally remain intact, albeit with extended filing deadlines.

In the weeks leading up to, and in the months after, the PPCLA comes into force, Parlee McLaws LLP will release a series of information graphics and articles. This is the first article in that series, and we will begin with a general overview of builders’ liens and highlight some of the key upcoming changes.

What is a Builders’ Lien?

A builders’ lien is an interest that can be registered on title.

Generally, a builders’ lien can be registered against land by anyone who performed work that enhanced the value of the land or provided materials that were incorporated into the land. Where a party has done something to enhance the value of land but remains unpaid for work done or services furnished, the lien functions as a practical and often highly effective mechanism to resolve a payment dispute.

When the PPCLA comes into full force at the end of August it is going to introduce concepts and frameworks known as prompt payment and dispute resolution into Alberta’s construction industry.

There are numerous new deadlines and procedures that will be introduced, and we will go into more detail in subsequent articles. For now, at a general level, the most important thing to be aware of is that owners will have 28 days (and that means days literally, not just business days), from receiving a proper invoice – which is a specific form of invoice required by the PPCLA to pay the party issuing the invoice. Failure to pay a proper invoice can lead to a process being triggered, where the parties end up before a neutral adjudicator for a decision on the validity of a disputed proper invoice. This process will occur outside of the Court system, but it does not replace the Courts as a forum for adjudicating construction related disputes.

This new legislation comes into effect on August 29th, 2022 – new construction contracts captured under the PPCLA formed on or after that date are governed by the new legislation, while construction contracts formed before August 29, 2022 will be governed by the rules and procedures set out in the BLA, unless the project continues for two years beyond the date the PPCLA comes into full force, at which point the PPCLA will then apply.

Who does the new legislation apply to?

The new Act does not apply to:

The concept of prompt payment has been applied in the UK and in Ontario. Prompt payment is a process where a series of payment timelines for the entire construction pyramid on a project are triggered by the owner receiving a proper invoice from the contractor.

Generally, the prompt payment requirements are set out as follows:

Proper Invoice is a term defined in section 32 of the PPCLA, and that section prescribes certain conditions that must be met for an invoice to be proper:

What if I, as the contractor, do not want to issue an invoice (at least) every 28 days?

In advance of August 29 industry players should work to familiarize themselves with the Act and its regulations. We will continue to post throughout the coming months and explore the new procedures and rules occasioned by the Act, and the legal challenges and opportunities arising from the changes. 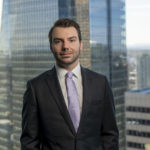 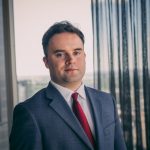 Written by: Brent Mescall, Christiana Hadzoglou, Michael Geib, and Mackenzie Krochak With the start of the New Year upon us, we take the opportunity to draw to your attention some of the key elements of the Prompt Payment and Construction Lien Act (the “Act”), which may now be impacting your business. I. Purpose and Application […]

After a Death – Forthcoming Changes to the Trustee Act

After a Death – Forthcoming Changes to the Trustee Act Written by: James Castillo When an individual dies (“Deceased Person”), a testamentary trust (“Testamentary Trust”) is created in accordance with their last will and testament (“Will”). The executor of the estate would transfer the Deceased Person’s assets (“Estate”) to the trustee (“Trustee”) appointed by the […]