On May 14, 2015, in Conradi v Economical Mutual Insurance Company, 2015 ABQB 308, the Court of Queen’s Bench of Alberta held that an occasional driver listed under an Alberta motor vehicle liability insurance policy was included within the Alberta SPF No. 1 Automobile Policy (the “SPF No.1 Policy”) definition of “the insured” when it came to the operation of a rental vehicle.

The Plaintiff, Ben Bailey (“Ben”) was operating a rental vehicle in Vancouver and was involved in a motor vehicle collision that resulted in a passenger in the other vehicle bringing an action for injuries against him. Ben was not covered by a rental vehicle liability insurance policy, but was listed as an occasional driver under an Alberta motor vehicle liability insurance policy issued by the Defendant, Economical Mutual Insurance Company (the “Defendant”), to his mother, Karin Conradi (“Mrs. Conradi”).

Following the collision, the Plaintiffs sought coverage from the Defendant under the third party liability coverage of the policy, which was an SPF No. 1 Policy containing standard wording. The Defendant, however, denied the claim on the basis that Ben was not an Insured within the meaning of the definition of “the automobile” of the SPF No. 1 Policy.

The Plaintiffs, having paid damages and defence costs totaling almost $110,000.00 out of their own pocket in respect of the motor vehicle collision, then brought an action against the Defendant at the Court of Queen’s Bench of Alberta for indemnity under the SPF No. 1 Policy.

This is where it gets somewhat confusing. The policy generally refers to “the insured”, “the Insured”, “insured”, “insured person”, “the named insured” and “insured named” in a variety of contexts. The phrase “named insured” also appears in the SEF 44 endorsement that was part of the whole contract. None of these phrases are defined in Section A. In Section A, “the Insured” is capitalized suggesting reference to a particular person. However, in the policy in question, the definition of automobile also includes reference to “the insured”, without capitalization of the “I”.

In addition to that, while Mrs. Conradi was “the named insured” due to her name appearing on the certificate, the Court found that Ben was a “named Insured” as he was named in the policy. Based upon all of this, the Court found that there could be two possible definitions of “the Insured” under the policy, resulting in ambiguity. As such, interpretive aids and rules had to be engaged by the Court.

In distilling all of this, the Honourable Mr. Justice T. D. Clackson held that the term “the insured”, in Section A of the SPF No. 1 Policy, included Ben as well as Mrs. Conradi. In determining that it was possible to interpret the phrase “the Insured” contained within the SPF No. 1 Policy as either the “named insured” or any insured under the policy, Justice Clackson concluded that:

Plainly, the policy used the term “named insured” in specific situations so as to remove doubt about the person referred to. Failing to have done so in this context certainly suggests that the broader interpretation urged by the plaintiffs is the correct interpretation.

As well, the principle of presuming coverage supports the plaintiffs’ interpretation of uncertain words.

The Plaintiffs were awarded judgment against the Defendant in the amount they had previously paid out of pocket in damages and defence costs, in addition to interest and costs.

Justice Clackson ended by noting that the interpretation certainly expands the potential exposure of the Defendant, but “not unreasonably, given the insurer’s ability to specifically limit its exposure.”

What this means to you?

Insurers should be aware that where coverage has been denied with respect to occasional drivers in third party liability settings, the court may determine that coverage extends to the operation of a motor vehicle not identified in the policy. In light of this decision, the spouse of that occasional driver may also be entitled to coverage when driving a vehicle not identified in the contract.

The court suggested that an insurer has the ability to specifically limit exposure. Reference was made to Section 559(2) of the Insurance Act, RSA 200 c I-3, which states:

When the contract evidenced by an owner’s policy also provides insurance against liability in respect of an automobile not owned by the named insured, an insurer may stipulate in the contract that the insurance is restricted to those persons who are specified in the contract.

However, S.P.F. No. 1 Policy is a standard industry-wide document and it would certainly take action by the insurance industry, collectively, to see any amendment to its wording. Until that happens, it is difficult to see how a single insurer could restrict liability in like-situations. 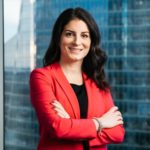