The federal Interest Act contains restrictions on charging penalties and increased interest when a borrower goes into arrears. These restrictions apply to all types of lending when it is secured by mortgage on property, be it commercial or residential. The Supreme Court of Canada’s recent decision in Krayzel Corp. v Equitable Trust Co., 2016 SCC 18 settled the law with respect to two types of creative mortgage interest clauses and has impacts for all future property-secured lending.

The Supreme Court of Canada reviewed the history and interpretation of section 8 of the Interest Act, which states that a lender cannot charge a higher interest rate on money in arrears than it charges on money not in arrears. Section 8 is, in essence, a prohibition on charging a penalty for defaulting on a mortgage payment.

As described in greater detail below, the first interest clause under review involved an increase in interest in the final month of a mortgage term. The Supreme Court of Canada was unanimous in its decision that an interest rate increase triggered by the passage of time does not violate section 8 of the Interest Act.

The second interest clause under review stated that interest would accrue at a higher interest rate, but payment was only required at a lower rate. If the mortgage remained in good standing, the accrued interest would be forgiven. If the borrower defaulted, all the accrued interest would become due and payable. The majority of the Supreme Court of Canada, in a decision written by Justice R. S. Brown, concluded that section 8 was intended to apply to both discounts (incentives for performance) as well as penalties for non-performance wherever their effect was to increase the charge on arrears beyond the rate of interest payable on principal money not in arrears. Accordingly, the second interest clause was found to be unenforceable.

For borrowers and lenders alike, this decision brings clarity to a previously uncertain area of the law. It is now clear from the majority decision that section 8 is intended to prevent penalties for default that make it “impossible for owners to redeem, or to protect their equity.” Whatever the structure of the clause, if
it has the “effect” of charging a greater rate of interest on arrears, it will not be enforceable.

It is notable that this interpretation of section 8 will disallow lenders from using discounts or interest rebates to encourage prompt payment. However, this restriction appears to be an acceptable intrusion into the general freedom of parties to contract on their chosen terms.

Lenders continue to have the option of increasing an interest rate by passage of time. This means that a lender may still motivate a borrower to renew or find alternate financing at the end of a mortgage term by increasing the interest rate in the final month, and potentially even week or day. Such interest rates are not considered penalties contrary to the Interest Act.

The decision in Krayzel Corp. v. Equitable Trust Co. is a positive decision for healthy secondary lending markets. Had the Supreme Court of Canada allowed lenders to avoid section 8 by structuring their interest increase as a discount for good performance, secondary lenders would be at risk of losing their security in a property when a borrower defaulted. If the Court had decided in that manner, the number of lenders willing to finance in a second position would be greatly decreased. By preventing first position mortgagees from eroding the equity in a property upon default, secondary lenders will continue to have meaningful security in mortgaged properties.

This case brought to the forefront a section of legislation that has remained relatively unchanged in the 130 years that it has been in force. Given the Supreme Court of Canada’s attention, it will be interesting to see if Parliament also turns its mind to whether the Interest Act is still appropriate for modern-day commercial and residential property owners and lenders.

When Lougheed Block Inc. was unable to pay out the Equitable Trust Co. mortgage at the end of the initial term, it was granted a First Renewal of the mortgage for a term of seven months, and then a Second Renewal replacing the seventh month of the First Renewal and running for a total of twelve months. One month after execution of Second Renewal, Equitable Trust Co. foreclosed on the Lougheed Building.

During the foreclosure proceedings, Lougheed Block Inc. and Krayzel Corporation challenged the enforceability of a 25% interest rate in the First Renewal and the Second Renewal. The First Renewal contained an increase from prime plus 3.125% per annum to 25% per annum in the final month of the mortgage term. The Second Renewal contained a clause that accrued interest at a rate of 25% per annum, while only requiring payment of interest at a lower rate, so long as the borrower was in good standing. Upon default, all the accrued interest at the 25% rate would be due and payable. If the mortgage was paid out, then the accrued interest would be forgiven.

The Supreme Court of Canada struck down the 25% interest rate on the basis that the interest clause in the Second Renewal violated section 8 of the Interest Act.

The majority of the Supreme Court of Canada held that the ordinary words of section 8, read together with section 2 and considered in light of the objects of the Interest Act, support the conclusion that section 8 applies both to discounts (incentives for performance) as well as penalties for non-performance whenever their effect is to increase the charge on the arrears beyond the rate of interest payable on principal money not in arrears. Substance, not form, is to prevail. Consideration of the term’s “effect” and how it operates is essential to the determination of whether a cause violates section 8. 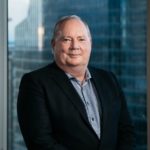 What is a Personal Guarantee?

Written by: Bianca Kratt, Q.C. As a result of being Canada’s largest oil and gas producer, having billions of dollars invested in its innovation and tech industry, and its strong financial sector, Alberta is home to an array of businesses that span across industries. It also provides an abundance of opportunities for individuals who wish […]

Did You Know – General Security Agreements

Written by: Bianca Kratt, Q.C. The number of private lender fund-based vehicles has been on an upwards trajectory throughout 2020 and 2021. This trajectory indicates that more Canadian citizens are assuming the risks associated with being a lender, and although there are many, most lenders are wary about their exposure to one major risk: the […]