The Exception to Mugford: Owners can lend or rent their vehicles on the condition that possession of the vehicle cannot be passed onto a third party.

In its decision in Mugford v Weber, 2004 ABCA 145, the Alberta Court of Appeal confirmed the general rule that consent to possession of a vehicle cannot be given on conditions. This means that once an owner gives consent to another person to possess the owner’s vehicle, any conditions which the owner might have placed upon the use of the vehicle or the manner of driving will not be sufficient to exculpate the owner from vicarious liability for that person’s negligence while driving. For example, an owner cannot tell the borrower that he cannot drive the vehicle at night, and then escape vicarious liability if the borrower causes an accident at night.

In its recent decision in Garrioch v Sonex Construction Limited, 2017 ABCA 105, the argument presented by Parlee McLaws LLP was accepted by the Alberta Court of Appeal when it clarified one important exception to the Mugford principle: owners can lend or rent their vehicles and impose the condition that possession of the vehicle cannot be passed onto a third party. In such cases, the owner will not be found vicariously liable if the third party then drives the vehicle negligently and injures another person or causes damage to property.

In Garrioch v Sonex Construction Limited, Sonex employed Garrioch and designated him as the driver of one its vehicles. On a late night and non-work related excursion, Garrioch passed the keys to the vehicle to Tessman. The vehicle was subsequently involved in a rollover collision while being driven by Tessman, resulting in injuries to the plaintiffs. It was clear that the rule in Mugford applied to Garrioch’s use of the vehicle, as he was in possession of the vehicle with the consent of Sonex. The question was whether Sonex could be found vicariously liable for the negligence of a third party, Tessman, who had come into possession of the vehicle because Garrioch had permitted him to drive. The crux of the case, as described by the Court of Appeal, was the following question: “Notwithstanding the general rule, can consent to possess the vehicle be given on the condition that possession will not be passed on to third parties?” In other words, did Tessman have the consent of the owner Sonex to possess the vehicle?

The Court of Appeal noted that Mugford was not a case involving a borrower passing the keys to a subsequent driver. In cases where the driver with consent passes along possession to a third party, the question of the owner’s vicarious liability still depends upon whether the owner consented to the third party driver having possession of the vehicle.

The Court of Appeal set out the following relevant principles when considering an owner’s vicarious liability in such circumstances:

1. The only issue is whether the owner expressly or impliedly consented to the third party driver having possession of the vehicle, and the onus is on the plaintiff to prove implied consent.

2. Implied consent is a question of fact requiring that an inference be drawn from all the circumstances, including the knowledge or expectation of the owner about subsequent transfers of possession, the relationship between the parties, any past pattern of conduct, any express prohibition on transferring possession, and any other relevant.

Ultimately, a majority of the Court of Appeal determined that Sonex had neither expressly nor impliedly consented to Tessman’s possession of the vehicle and could therefore not be found vicariously liable for his negligence. In so finding, the majority emphasized the following facts: Sonex had a designated driver policy leading to the presumptive conclusion that Sonex expressly withheld from Garrioch the authority to pass possession to another person; Tessman had not received any indication from anyone at Sonex that he had consent to drive; and Tessman was a past employee of Sonex and there was no evidence that Sonex consented to ex-employees or laid off employees driving its vehicles. Justice Berger, in dissent, would have deferred to the trial judge’s findings of fact and found that Sonex had impliedly consented to Tessman’s possession of the vehicle in the circumstances of the case.

The Court of Appeal also rejected the Plaintiffs’ argument that Sonex had negligently entrusted the vehicle to Garrioch. The Court noted that care should be taken in imposing liability through the alternative theory of negligent entrustment where the statute does not impose vicarious liability because the owner has not expressly or impliedly consented to possession by the driver: “While conceptually sound, this theory has the potential of finessing the public policy that liability only arises (and the owner’s insurance company is only engaged) if the third party driver has consent to operate the vehicle).

What this means to You?

This case is of particular importance to vehicle owners (and their insurers) as it confirms that owners will not be vicariously liable where they have placed a condition on an intermediate driver preventing them from passing possession of the vehicle along to a third party. This case will be of particular interest to rental car or leasing companies who generally have provisions in their rental and leasing contracts prohibiting anyone other than the named driver from operating their vehicles. In fact, the Alberta Court of Appeal considered these types of agreement, and noted that injured plaintiffs in such cases will have an onerous burden establishing implied consent in the face of an express prohibition. 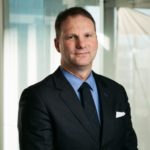 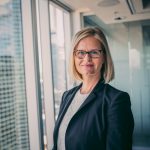