An option to renew or an option to extend clause is a common feature of commercial leases.  It’s important to understand the distinction between these two types of clauses and the implications they may have on the lease and the landlord-tenant relationship.

In an option to renew, the original lease stops at the end of the term, and the renewal involves the creation of a new lease based on the same or similar terms as the original lease.  A renewal is the re-creation of the legal relationship and the replacement of the old lease with a new lease.  In an option to extend, the original term of the lease is extended without interruption.  This distinction is highlighted in Buckerfields v. Abbotsford Tractor and Equipment, 2017 BCPC 185.

When negotiating a lease, both the landlord and tenant should insist on an extension of the term over a renewal as an extension preserves each party’s rights and extends the tenancy with minimal disruption.  If the lease explicitly provides for a renewal, then any clauses that are important to either party, which that party may consider personal, should be expressly included in the new lease.

Exercising an Option to Renew/Extend

It’s important a tenant pay attention to the terms and dates listed in an option to renew/extend clause.  In the event the tenant misses the date for exercising its option or does not strictly adhere to the clause’s terms, the tenant may forfeit the right entirely.  According to common law, missing a deadline to renew/extend is a fatal mistake, the landlord doesn’t have a duty to remind a tenant about the time to renew, and the landlord owes no duty of good faith to a tenant in this situation.  Both Zone Bowling Centre (2002) Ltd. V. 14100 Entertainment Blvd. Investments Ltd., 2015 BCSC 524, and Don Francesco Restaurant (2013) Ltd. v. Oxford Properties Group Inc., 2017 BCSC 1285, emphasize the importance of strictly adhering to the terms of an option to renew clause.

One consideration on renewal is the fair market rent the tenant will pay under the new lease.  A definition of fair market rent is the rent a landlord would reasonably obtain for similar premises from a willing tenant in the current market under similar lease terms and conditions.  When determining fair market rent for a lease renewal, there are a couple of things to keep in mind.

In Revenue Properties Co. v. Victoria University, [1993] 101 DLR (4th) 172, the Court held when calculating fair market rent the property must be examined in an “as was” condition rather than an “as is” condition.  Making a tenant pay increased rent based on the inclusion of leasehold improvements made during the term of the lease would make the tenant pay rent on a value created by her/his own authorized expenditures and would diminish the worth of her/his leasehold estate.

In contrast, the Court of Appeal in Fire Production Ltd. v. Lauro, 2006 BCCA 497 agreed with an arbitrator’s original decision on including a tenant’s improvements in calculating the renewal rental rate. The arbitrator pointed out that the lease provided that all improvements made by the tenant became property of the landlord upon affixation and should be included in determining fair market rent.  The Court of Appeal agreed, stating the term “fair market rent” in the renewal clause referred to the rent the premises would attract if exposed to the general market at the time of renewal.  This definition prevents the exclusion of the tenant’s improvements in calculating the rental rate for renewal.  The Court indicated that “fair rent” is a subjective determination between the parties as opposed to “fair market rent”, which is an objective determination based on market factors.

To avoid any disputes, express language confirming whether the value of leasehold improvements will be included in the calculation of fair market rent should be negotiated and inserted in the lease.

Arbitration clauses: Commercial leases frequently contain provisions outlining preferred dispute resolution methods such as arbitration.  Reference to arbitration is commonly found in renewal clauses in relation to determining renewal rental rates but what happens if there is no dispute resolution mechanism referenced in the option to renew clause contained in a lease?  Does this make the option to renew void for uncertainty?

In Mapleview-Veterans Drive Investments Inc. v. Papa Kerollus VI Inc., 2015 ONSC 3833, the landlord brought an application for an order that the tenant was in breach of the lease and a declaration that the renewal option was void for uncertainty.  The landlord took the position that the renewal clause was merely an agreement to attempt to agree, particularly given there was no arbitration clause or other mechanism for determining the rent application for the renewal term, and without guidelines for the calculation of rent or a provision for arbitration, the option to renew was unenforceable.  The Court held the phrase “current rates” in the renewal clause clearly suggested the parties anticipated a renewal and provided a starting point for negotiating a new rental rate.  Though there was no arbitration clause, the parties were free to negotiate applicable rates failing which the parties could refer the decision to arbitration or the courts.  The Court found the renewal clause was not void for uncertainty.  This particular finding was affirmed by the Ontario Court of Appeal in 2016 ONCA 93.

While courts have found the lack of an arbitration clause does not automatically void an option to renew clause, it’s still recommended landlords and tenants negotiate and agree on appropriate dispute resolution procedures and include them in any option to renew clauses contained in a lease. 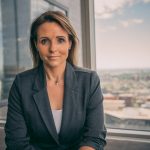 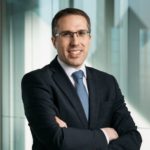 What Does Quiet Enjoyment Mean Anyway?

What Does Quiet Enjoyment Mean Anyway? Written by: Jesse Zelisko Despite what one may think, the covenant to provide quiet enjoyment to a tenant under a lease has little to do with noise or pleasure derived from having the lease. This covenant has been used in conveyances and leases of English land for centuries, and […]