The enactment of the Tort-Feasors Act (TFA) has addressed a gap in the common law, whereby there was previously no method for distributing liability for the plaintiff’s loss to multiple tort-feasors (someone committing a tort). The TFA rectified this by allowing the defendant to bring a claim against a third-party (the second tort-feasor) who allegedly contributed to the loss suffered by the plaintiff as well. This cause of action is predicated on the basis that the third-party caused a loss to the plaintiff, not to the defendant.

The Court of Appeal in Howalta Electrical Services Inc v CDI Career Development Institute Ltd, 2011 ABCA 234, examined this concept where there was only a duty owed to the plaintiff and not to the defendant. It ultimately concluded that the TFA requires that the third-party whom the defendant is trying to bring into the action must be liable, or if sued, liable to the plaintiff in respect of the same damage.

For example, an individual hires a plumber to fix a leaky pipe in their house, and that plumber ultimately does not fix the problem. The individual then hires another plumber, who also attempts to fix the issue but in fact negligently causes the house to become flooded. If this individual only sues the second plumber, this second plumber can only seek contribution from the first, under the TFA, if the actions of the first plumber contributed to the flood.

While the TFA therefore allows a right to contribution from this third-party on these limited grounds, it did not expressly provide when this right to contribution arises. This issue becomes more convoluted when taking into consideration the effects of a limitation period that is applicable to the plaintiff’s action. Since the defendant’s third-party claim is based on the rights of the plaintiff to pursue the third–party, if the plaintiff is time-barred from proceeding, does the defendant also lose their cause of action?

The Court of Appeal in Canadian Natural Resources Ltd v Arcelormittal Tubular Products Roman SA, 2013 ABCA 279 [Arcelormittal] specifically addressed this issue under subsection 3(1) of the TFA. In this case, CNRL had commenced an action against several suppliers and manufacturers of steel pipe that was discovered to have defects. While CNRL had also commenced a separate action against Flour, who had provided procurement and engineering services in relation to the pipes, CNRL had discontinued the action against them.

The other defendants filed third-party notices against Flour, seeking contribution from them under the TFA. The Court of Appeal held that the TFA did not allow for a claim for contribution from Flour, on the grounds that since the plaintiff did not have an action against the third-party because of the expiry of the limitation period, the defendants could not have an action against them either.

The decision in Arcelormittal necessarily impacts the manner in which third-party claims need to be considered and conducted. Since the limitation period for the plaintiff begins to run from the date they knew or ought to have known of their claim against the third-party, this also applies to defendants that seek to include the third-parties in the cause of action.

This is especially concerning in the circumstances where a plaintiff files their statement of claim near the end of the limitation period. This provides little to no time for the defendant to bring the third-party into the action. While the Court of Appeal recognized that this can result in unfairness to the defendant, they have left it up to legislature to fix this. In this regard, there is a consultation on amending this statute currently taking place; however, as it stands, this remains the current state of the law.

An Independent Third-Party Claim under Rule 3.44 of the Alberta Rules of Court provides an exception to the bar preventing defendants from bringing in a third-party to the action under the TFA. A defendant may still pursue an action against a third-party on the basis of an Independent Third-Party Claim if the third-party breached a duty they owed specifically to that defendant, independent of the duties they owed to the plaintiff, which caused a loss to the defendant and which is factually related to the loss of the plaintiff. This claim must be based on transactions or occurrences involved in the action between the plaintiff and the defendant.

For example, a company hired to remove snow from the sidewalks on the premises of a store would owe a duty of care to both the pedestrians using that sidewalk and to the store itself, in contract. While this would not provide a claim for contribution under the TFA, as that piece of legislation deals only with torts and not contracts, a claim is available under the exception of Rule 3.44.

An Independent Third-Party Claim must be filed within 6 months of the defendant filing their statement of defence. Therefore, if there is a limitation period that applied to the plaintiff, that was preventing a third-party claim under the TFA, it may still be possible to make a claim against the third-party through Rule 3.44.

In summary of the above, when a defendant is looking to make a claim against a third-party to an action, he/she must be cognizant of what claims are available to the plaintiff. If the plaintiff is unable to sue a third-party, whether on the basis of a limitation period or otherwise, a claim under the TFA is not available to the defendant. However, a defendant may still pursue an Independent Third Party Claim against a third-party under Rule 3.44 of the Alberta Rules of Court, under the exception. An Independent Third-Party Claim would also be appropriate in the circumstances where the duty owed to the defendant is contractual in nature, rather than in tort. 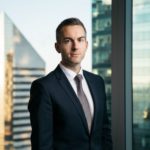