On March 26, 2015 Finance Minister Robin Campbell delivered Budget 2015 to the Alberta Legislature. While its implementation has been delayed by the announcement of a Provincial election, certain measures are coming into force on of May 1, 2015.

Of particular interest, the Budget address included a declaration that

[w]here appropriate, Government will ensure that those who use public services are defraying the true costs of providing those services. The Government will build on the userpay principle. Fees for motor vehicle registrations, provincial parks, and Land Titles transactions, among others, will increase.

WHAT THIS MEANS TO YOU

Effective May 1, 2015 a range of relatively minor fees will attach to many aspects of the litigation process. In addition to the financial consequences, one can expect longer line-ups in the Alberta Courts, as almost all transactions will now necessitate not just filing documents but also arranging for payment.

When Minister Campbell used the phrase “among others”, in part he meant that Alberta Court fees are increasing significantly. Of particular importance to our clients:

But for filing a Statement of Claim none of these actions attracted filing fees previously, and one can speculate as to the propriety of charging litigants who file a Statement of Defence when sued. The Government also indicates that they will monitor the fees on an ongoing basis, to ensure that they stay in line with actual expenditures. At the same time new fees will be applied in the Provincial Court Civil Division (small claims court), including $25 to file a Dispute Note, $50 or $100 to file a Counterclaim (depending on whether it is for more or less than $7,500), $50 to file a Third Party Claim, and $50 to bring an Application.

While all of these charges are ultimately recoverable on a Bill of Costs, it is difficult to discern an underlying principle other than to address the current financial circumstances. In addition, there is no suggestion that the funds raised will be directed to the Court system, but rather are to be directed to general revenues. 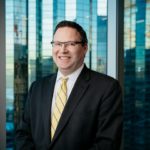