Parlee McLaws recently successfully defended a municipality in a trial where the Plaintiff alleged that the Town had breached a tendering contract (i.e. “Contract A”). The Plaintiff had bid on a reservoir project tendered by the Town. The Plaintiff was the lowest bidder but was not awarded the contract.

The Contract contained both a privilege clause (low bid need not be accepted) and a discretion clause (we reserve the right to waive defects).

The Court noted that it is trite law that a call for tenders gives rise to two conditions:

1. While the privilege clause may allow an owner to accept a bid other than the lower bid, it cannot accept a non-compliant bid; and
2. All bidders must be treated fairly.

Justice Romaine noted that the case of Double N Earthmovers Ltd. v Edmonton (City), 2007 SCC 3 (“Earthmovers”), is authority for the proposition that compliance is substantial rather than strict compliance. The preferred bid was found to be compliant.

Further, the Town had not exhibited any unfairness or engaged in any unequal treatment in its evaluation of the bids. The bid documents were clear that there were other criteria being considered besides price. In addition to price, the Town had also fairly considered the earlier completion date and greater experience of the preferred bidder. It was clear that these factors were part of the Town’s assessment.

The Plaintiff’s claim was dismissed entirely. 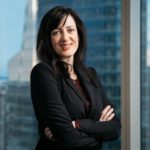 Key Considerations for Owners of Personal Property and Entities Performing Work on Personal Property Written By: Michael Geib, Associate & Jessica Figley, Articling Student This is the second of two articles dealing with the rights and obligations of parties involved in the improvement or alteration of personal property. The first article explored the Possessory Liens […]

Rights and Obligations for Parties Involved in the Improvement of Personal Property Written By: Michael Geib, Associate & Jessica Figley, Articling Student This is the first of two articles dealing with the rights and obligations of parties involved in the improvement or alteration of personal property (chattels). The first article explores two pieces of legislation […]