Canada’s Prior Use Defence – Some Basic Ground Rules

In December 2018, the Canadian Patent Act was amended to significantly broaden the scope of prior user rights. The recent decision in Kobold v. NCS (2021 FC 1437) now provides some guidance as to how this defence may be applied.

Prior user rights are a defence to patent infringement. Canadian patent law has long recognized prior user rights, however, they have been very limited in scope. Basically, a person who had purchased, constructed, or acquired a physical item that was covered by a patent before the patent was first filed (a.k.a. “claim date”), could continue to use or sell (not make) that specific physical item after the patent had issued.

There was no protection for a person who, maybe for years, had been using their own process or manufacturing their own item, as a trade secret. If someone later came along and patented that process or item, that person would have to stop doing what they had been doing or be liable for infringement.

The Court’s Interpretation of New Subsection 56(1)

Kobold v. NCS (2021 FC 1437) is the first occasion that the Court has had to consider this new law. In this case, Kobold is alleging that NCS infringes Canadian Patent No. 2,919,561, related to bottomhole assemblies used in fracking.

First, the Court stated that the “acts” protected by subsection 56(1) include the right to make, construct and use the invention, to sell it to others to be used, and the right to use a patented method.  These cover a significantly wider set of circumstances than previous section 56, which was only to use or sell a previously acquired item.

Subsection 56(1) protects not only persons who commit an infringing act, but those who “made serious and effective preparations to commit such an act”. While not an issue in this case, the Court did provide some guidance as to what this term might mean. Specifically, a company that places an order for an infringing chemical compound from a supplier who begins manufacturing the compound, would “likely” be considered to have made “serious and effective preparations” to commit an infringing act.

First, it was held that the acts pre- and post-patent (that is, acts before and after the claim date, respectively), must be identical in the sense that one can only perform those acts which were performed pre-patent. So, if a person had previously only manufactured and used its device, they could not sell the device post-patent, as selling was not an act done prior to the claim date.

Next, the Court considered the types of differences that were permitted between the pre- and post-patent “acts”, in order that they would still be considered to be the “same act”. What if the prior user made a device pre-patent and painted it green – could they manufacture the identical device post-patent, but paint it red?

We are reminded that a patent protects the invention as claimed in the patent. The Court held that changes to features outside the claims of the patent, or non-functional changes like colour, could be made to the post-patent act.

Patent claims will contain elements that are described in general terms or that are well-established, in addition to elements that relate to the “inventive concept” (a.k.a. the solution taught by the patent”). For example, Kobold’s claims had the generic step of “locating the sealing element below a zone of interest in the wellbore”. The claims also had steps relating to the inventive concept, “a new way of equalizing pressure in the BHA by pulling on the sealing element”.

The Court held that changes to elements of the claimed invention that could be done in any number of ways, and to which the patentee did not introduce any innovation, could be made to post-patent acts. What can’t be changed is anything that relates to the “inventive concept” of the claims, even if those changes infringe the inventive concept in the same manner. These types of changes would mean that a person is engaging in a “different” act post-patent, compared to the pre-patent act.

Test for a Subsection 56(1) Prior Use Defence

The Court also established a process to be followed in considering a defence under s. 56(1):

1. Determine whether the acts performed pre- and post-patent are identical. If yes, ss. 56(1) would be a defence to infringement, and there is no need to consider whether the user’s actions would infringe the patent.

2. If the acts are not identical, do the acts infringe the patent, and if so, which claims?

3. If the pre- and post-patent acts are not identical and only infringe the same claims, do the changes from the pre-patent act to the post-patent act relate to the inventive concept of the patent? If no, then ss. 56(1) will provide a defence to the infringement.

Prior user rights can ensure that a bona fide inventor is not deprived of their ability to practice their invention, by someone who subsequently patents the same invention. However, there are limits to this defence, an important one being that the “same” infringing act must be done before and after the claim date. As can be imagined, several years will often pass between infringing “acts” performed before and after the claim date. Thus, there will almost certainly be differences between the two acts. These differences need to be scrutinized and categorized to ensure that they do not take the later act outside of the protection afforded by subsection 56(1). 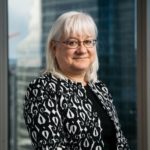 Amendments to the Canadian Patent Rules: Things to Consider before October 3, 2022

Amendments to the Canadian Patent Rules: Things to Consider before October 3, 2022 Written by: Andrea Moores & Angela Keuling Long anticipated amendments to the Patent Rules were recently announced, with the significant changes coming into force on October 3, 2022. The changes support Canada’s obligations under the Canada-United States-Mexico Agreement (CUSMA) and aim to […]