First of all let’s get one thing out of the way – there is no “Rule of Thumb” in determining severance amounts or “pay-in-lieu of notice”. The Rule of Thumb is an antiquated reference to the use of the thumb as a measuring device in building construction or as an estimate to the temperature of brews of beer. Either way, there is no room for the “Rule” in employment law.

With respect to severance amounts, you’ve probably heard people reference the “one month per year of service” as the general rule, but this approach takes into account only length of service and does not address some of the more important factors that should be taken into account. First of all, the philosophical purpose of notice of termination or pay-in-lieu thereof (severance) is to provide the terminated employee sufficient time to find alternative employment – length of service does not, on its own, fully address the difficulties someone will have finding suitable alternative employment.

Determining an employee’s entitlement to common law notice of termination, or pay-in-lieu of that notice, is much more art than science and is governed by a set of factors including, but not limited to: age, length of service, nature of employment and availability of similar employment. These factors are known as the Bardal factors and were first enumerated in the Ontario decision in Bardal v Globe and Mail Ltd., [1960] OJ No. 149 (Ont. H. C.).

Let’s take for instance two 59 year old employees, Larry and Sally, who are terminated from their employment with the same company and provided pay-in-lieu of notice of termination. Larry worked as a fleet services supervisor for 7 years while Sally was a VP but had only been employed for 18 months. Based on the “Rule of Thumb” Larry would be due 7 months of salary in severance while Sally would only get about 6 weeks’ worth – however the Bardal factors tell a different story:

Age generally serves to extend notice periods, the logic being that the younger a person is the more attractive they are to potential employers whereas someone who is nearing retirement age is less attractive regardless of their marketable skills and experience. Larry has a lengthier service history which would serve to extend his notice period however finding employment as a fleet supervisor, or something similar should not be a particularly difficult task, even in relatively bad economic times – though poor market conditions would operate to increase notice periods across the board. On the other hand Sally has a relatively short length of service with the employer, but she worked as a VP and logic dictates that finding alternative employment at a similar level of responsibility will take longer resulting in a longer period of unemployment. Of course if Sally finds a job right away she has mitigated her damages and any income she earns within her notice period would be deducted, but that’s a topic for another day. 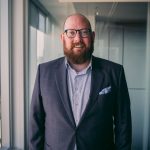 Ojanen v. Acumen: Red Lights in the Dismissal Process Written By: Michael J. Geib, Associate Introduction: A decision was recently released by the British Columbia Court of Appeal regarding a noteworthy employment law dispute. While the Court’s decision in Ojanen v. Acumen Law Corporation, 2021 BCCA 189 does not create any new law, the unique […]